While working on a garden, planting and weeding, you keep your mind on the fruit it will produce.  It is an exciting time once those plants produce fruit!  As you enjoy the fruit of your garden, you feel like all is well.  It is during those times of comfort and enjoyment that something bad tends to happen.  I can’t help but remember the episode of Little House on the Prairie when Pa planned on harvesting his first real crop at Plumb Creek.  The night before he was to harvest, a hail storm came and destroyed the crop.  My heart sympathized with the family at the loss!  This year, I had something very unusual happen to my garden.  A swarm of insects came in and devoured most everything in the garden in just a day or two.  I was so disappointed to see the plants destroyed!!  But it made me stop and think.  Sometimes I feel the same type of swarm in my life that appears to devour much of what gives me joy.

Remember what David told his son, Solomon, before he made him king over God’s people:  “And thou, Solomon my son, know thou the God of thy father, and serve him with a perfect heart and with a willing mind: for the LORD searcheth all hearts, and understandeth all the imaginations of the thoughts: if thou seek him, he will be found of thee; but if thou forsake him, he will cast thee off for ever.” (1 Chronicles 28:9).  Even with the best of intentions in seeking the Lord, there is a constant enemy present.  Do you remember his goal?  “Be sober, be vigilant; because your adversary the devil, as a roaring lion, walketh about, seeking whom he may devour:” (1 Peter 5:8).  Think back to Job for a minute.  God’s Word describes him as “… a man in the land of Uz, whose name was Job; and that man was perfect and upright, and one that feared God, and eschewed evil.”  You would be hard pressed to find another man described any better!  But do you remember what happened to him?  God allowed Satan to take everything from him – except for his life.  If you remember, he lost his wealth, all ten of his children, his health and even his wife told him to curse God and die.  Yet through it all, Job never cursed God.  Instead he grew in his understanding and knowledge of God.  What a mighty example he is!

Have you ever had times in your life where you felt like those plants in the garden that were totally consumed by insects?  Have you wondered why God would allow things to come into your life that seem to destroy almost everything, leaving you with the thought that there is no hope of recovery?  If you ever feel like that, remember Job.  Instead of quitting and throwing in the towel, he took time to talk to God.  But most importantly, he waited to hear from God.  That made all of the difference!  “5. I have heard of thee by the hearing of the ear: but now mine eye seeth thee. 6. Wherefore I abhor myself, and repent in dust and ashes.” (Job 62:5-6).  As good of a man as Job was, he still recognized who he was compared to our Holy God.  And when he waited to hear from God, he saw God in his life as he never had before.  Job may never have known all of the details about God allowing Satan to attack him viciously, but those of us who read the Bible know just what happened.  We can understand that anything that happens to us while we try to live as “perfect and upright, and one that feared God, and eschewed evil” like Job, God already knows that we can handle it – for He will be with us!!

“5. Let your conversation be without covetousness; and be content with such things as ye have: for he hath said, I will never leave thee, nor forsake thee. 6. So that we may boldly say, The Lord is my helper, and I will not fear what man shall do unto me.” (Hebrews 13:5-6). 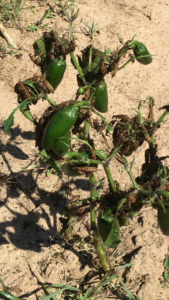 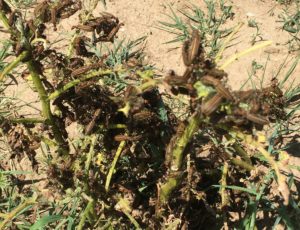